Indian Weddings | The Bolder the Better 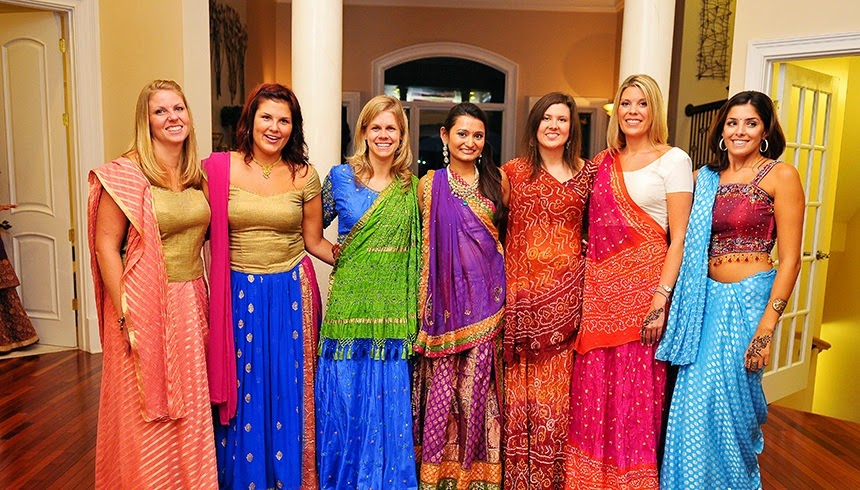 On receiving an invitation to almost any event, after the “where” and “when” questions have been answered, the next thing on most of our minds is the “Dress Code” and what we will wear.

My London-based friend, Vanessa, recently received an invitation to attend a wedding in India. Her neighbour, who is from Bangalore, had chosen to return to her roots to celebrate her marriage in traditional style.

Having researched at length the dietary issues involved and addressed how her rather delicate constitution might fare - she bought up half of her local pharmacy’s supplies of Imodium - my friend then turned her attention to the matter of what else to pack in her suitcase.

After establishing that the weather in Bangalore (or Bengaluru as it is also known) was pretty hot and humid she lay out her smartest summer cocktail frocks on the bed and called her neighbour - the soon-to be-bride - in to advise. 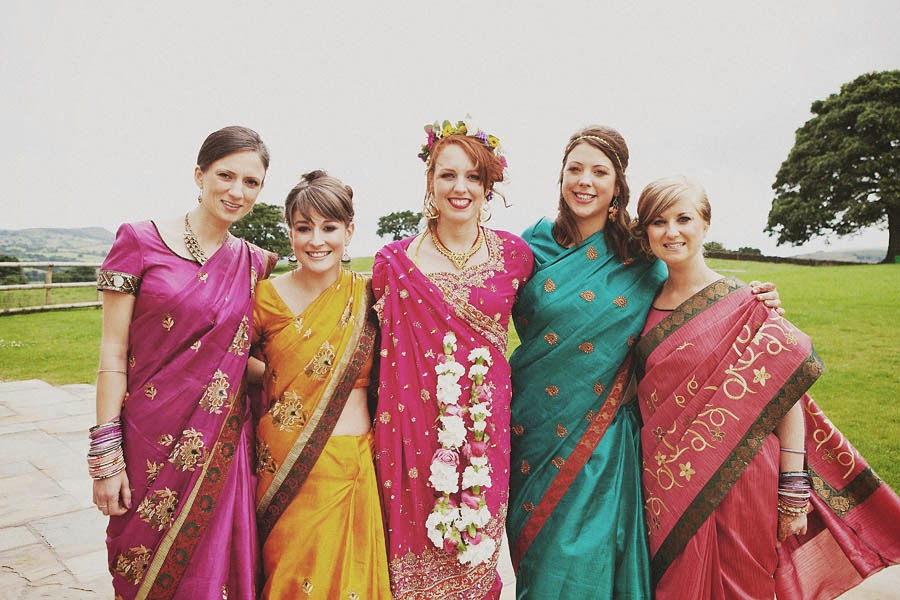 Although Vanessa was confident that at least a couple of the outfits would pass the Indian wedding dress code test, she was somewhat dismayed when her neighbour gave a resounding “no” to each and every item in her entire wardrobe.

The problem wasn’t only that Vanessa’s selection was an array of LBD’s, even the smart neutrals and English-country-pastels were classified as totally unsuitable for any part of the three-day Indian wedding celebrations.

The colours needed to be bold, she was told - in fact, the brighter the fabric the better. In order to blend in with the Indian guests, she should wear only brilliant jewel tones. If not a sari, then a dress with a shawl and lots of eye-catching jewellery would fit the bill.

“I refuse to wear a sari !” Vanessa announced.

My friend, who is short and petite, was stubbornly adamant that she would look and feel not only ridiculous but also uncomfortable wrapped up in metres of material however splendid the golden embroidery or brilliant its hue.

I am told that our Bangalore bride was able to assure Vanessa that tunics and trousers - in gorgeous colours could easily be purchased and made to measure at the local shops and she promised to take her intrepid wedding guest shopping as soon as she arrived in India.

That was on Monday.

As I write this, the first night of the wedding parties will be taking place. On this occasion, I am told, a priest performs a special ceremony known as “ganesh pooja”. Tomorrow will begin with a special ceremony for the bride and her female friends when intricate henna patterns will be drawn on their hands and feet. I am looking forward to seeing if Vanessa will return to London sporting a totally out of character array of Henna tattoos.

All the evening ceremonies will involve introductions of the various families, lots of food and dancing. I can’t wait to hear how Vanessa gets on - and see the photos.