When you are thinking about your civil wedding ceremony - the only limitation as to how you choose to do it, is your imagination.

Wherever the location - a beach, a grassy meadow, on top of a mountain, on a boat, in a castle or just about anywhere else - it is also important that the ceremony itself reflects your personality.

The special elements you select should be as individual as you are. If you like, they can be tailor-made to include other close family members and friends with whom you share a special bond. These unique “ceremonies within your ceremony” can involve mothers, grandmothers as well as children. No one needs to feel left out! This is what a truly bespoke ceremony is all about.

On this page you will find other ideas that can be adapted to fit your wedding. Here are just a few - a word of caution: some of these could become a bit messy!

Signing and Witness Ceremony - from £40 (€55)
A brief ceremony involving the couple and 2 - 4 witnesses. Each in turn sign a keepsake parchment which is then presented to the newlyweds. 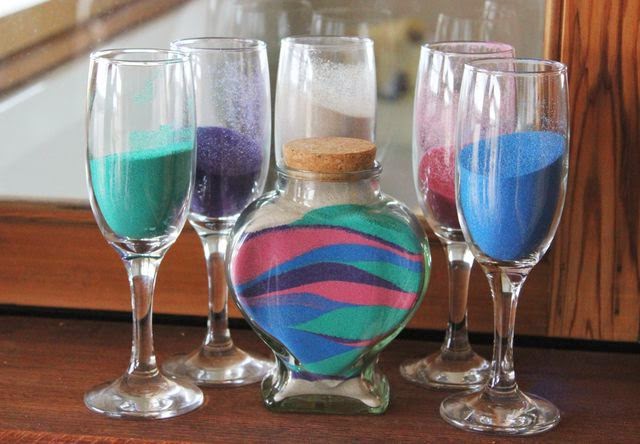 The Unity Sand Ceremony is ideal for any wedding. This ceremony symbolises the joining of the couple and is also a good way of including young children in the ceremony. 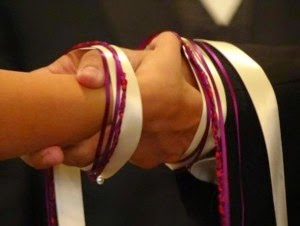 The original meaning of “Tying the Knot”, this is a Celtic tradition where the hands are tied with ribbons to symbolise the bringing together of two people in a marriage of strength and unity forever.  This ritual can also be combined with the couple saying their oaths to each other. 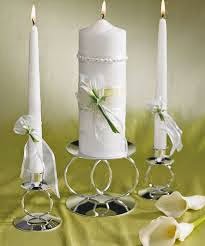 This ritual has long been used in Catholic weddings; but, as a traditional ceremony option, it also holds a universal meaning. It symbolises the joining of the couple in marriage and the joining of their two families. The mothers can each light their individual candles for the couple - symbolic of the fact that they are moving from their original family to create a new family together. Another alternative is to involve older children (perhaps from a previous marriage). 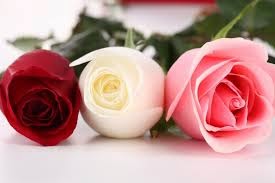 Each guest is given a flower as they arrive - for instance a pink one to the couple’s friends, a red one for members of the groom’s family and a white one for the bride’s relatives. Towards the end of the ceremony the celebrant will invite the guests to come and place the blooms into a large vase for the bride and groom as a symbol of everyone coming together to support the marriage. 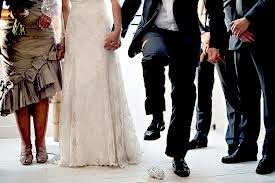 This ritual is traditionally used at Jewish weddings. It signifies the end of the ceremony and the start of the celebrations. As a health and safety measure, the glass is placed in a secure cloth bag prior to breaking it.

Wine Ceremony - from £30 (€40)
In the wine ceremony the couple can either choose to pour one glass of white and one  of red to create a blush that they will both drink. Parents and senior bridesmaids can become involved in the blending which can then be shared amongst the guests and used as the first opportunity to drink to the couple’s health. 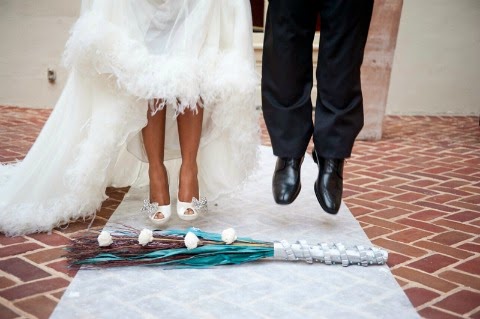 This is based on a tradition which symbolises the clearing away of negativity with a sweep of the broom and creating a threshold for the couple to cross over into their new life together. The decorated broom can either remain on the ground; or  be lifted slightly above it - perhaps by little bridesmaids. 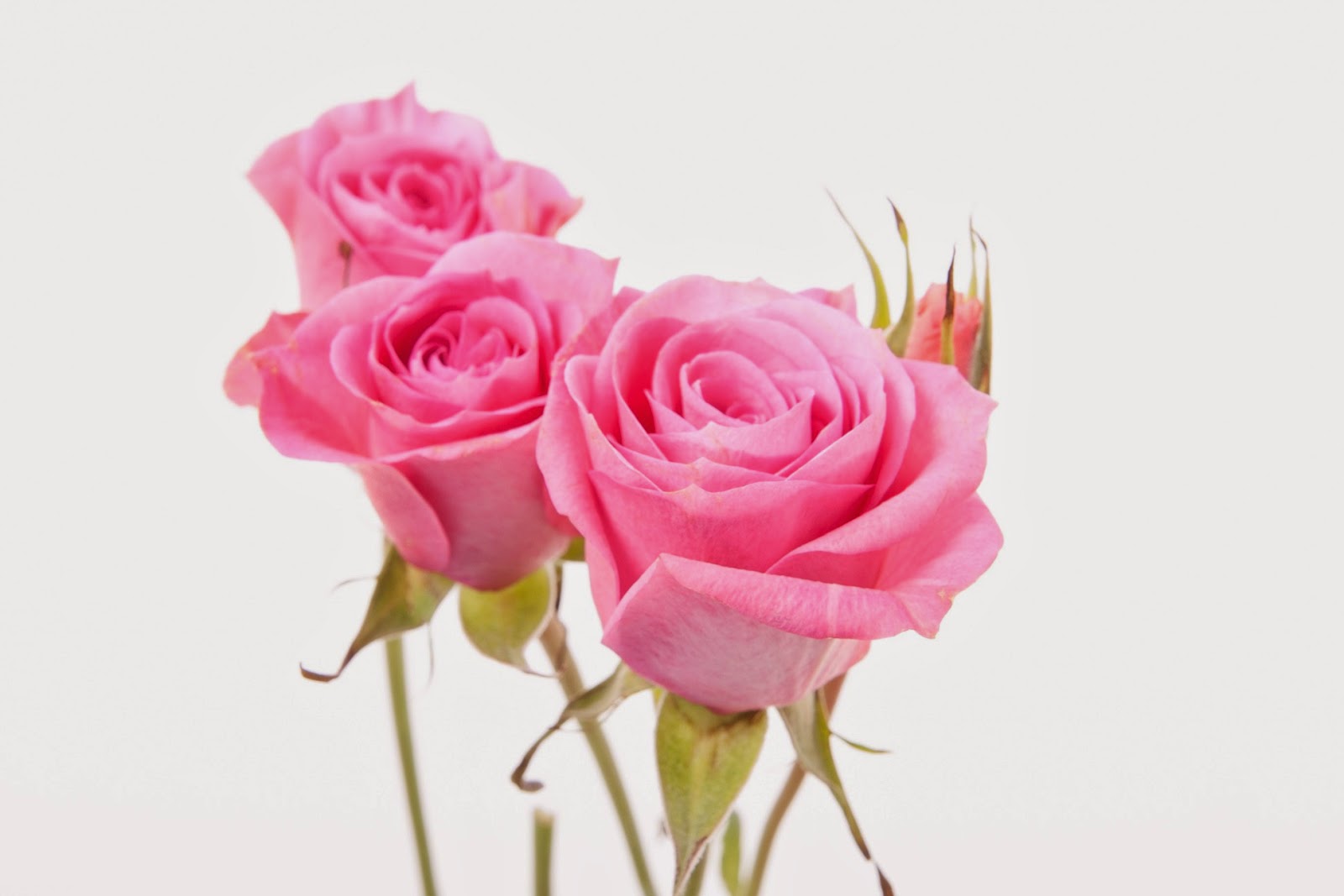 In the rose ceremony the couple can choose to present roses to their mothers/grandmothers as a way of showing appreciation for their support.

Wine Box / Love Letter - from £55 (€70)
The couple will write love letters to each other before the wedding which they will seal in an envelope. They will choose their favourite bottle of wine, or drink of choice, and place these and any other memorabilia in the wine box. If the couple choose to include this option during the wedding ceremony, they will seal the box and vow not to open it until an anniversary of their choice. The only other time that the box can be unsealed is if they might be having thoughts of separating; at which time they will drink the wine and read the letters which will, hopefully, remind them of why they fell in love and chose to be together in the first place.

First Kiss Last Kiss - from £10 (€15)
This also involves the mothers  of both the bride and groom. They are called upon to join the couple towards the end of the ceremony. The mothers gave their children their first kiss when they came into the world and they will give them their last as single individuals before sending them on their new journey as husband / wife / life partner.


Especially suitable for a couple with young children. The youngsters will have already put their colourful handprints on a canvas. In a shaped outline (perhaps a butterfly or heart shape). The couple will then intertwine their painted hands on the canvas to complete the picture.

Rocky Ritual - from £50
The couple can collect rocks from their favourite places - (or buy some from a craft shop). Guests are invited to write a special message to the couple on each rock. These are then collected and added to a vase or pretty bowl. For an outdoor, nature-themed ceremony, guests might be invited to bring their own decorated rock  collected from  a place near where they live.

Chocolate Lovers - from £60
The couple will add bitter chocolate to semi sweet or white. This will be mixed and melted over a flame and then eaten by the bride and groom - and other key guests who may have been involved in its production - by dipping plain biscuits. Symbolically it shows successful blending of the very bitter and the over sweet - into something unified and perfect. This would work well especially if other aspects of the wedding have a chocolatey theme.

One for the Chefs - from £50
Another food related unity ceremony involves the use of three glasses - one containing a hot sauce, one with vinegar and one with honey. These represent the three parts of a relationship - the hot and spicy times, the sweet times and with the possible addition of an occasional few drops of sharpness. A good marriage will thrive on a mixture of all three. The bride and groom mix the ingredients together (in pre determined amounts) to create a tasty mixture that can then be sipped - or eaten carefully on a dipping cracker - by the bride and groom.

Planting a Tree - from £60
If the ceremony is taking place in the couple’s family home, a tree can be planted to mark the occasion. The hole is dug and prepared earlier and then the bride and groom - assisted by family members help with replacing the soil (with decorated spades).

Use of an Oathing Stone - from £60
This is of ancient Scottish/Celtic origin whereby the couple place their hands upon the stone while saying their vows. The vows are then “cast in stone” according to tradition.

Tree Trunk Sawing - from £90
Believed to have originated in Germany, the bride and groom each take the end of a double handled saw (which is decorated with ribbons etc for the occasion) and proceed to saw through the trunk (which is supported at each end) in front of their guests. The act is intended to showcase the couple’s ability to work together and face the obstacles that might arise in their marriage.

Sushi Sharing - from £60
An ideal ceremony for sushi fans with, for instance, two spicy tuna rolls in a little iced dish. The significance of the elements is explained - fish represents prosperity; the rice is the sustenance of a solid relationship; soy sauce is the bitter and sweet that makes up.